How to Stop Being a People-Pleaser 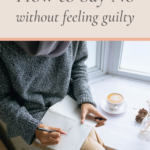 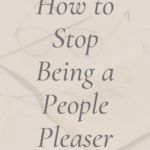 You have a choice. Say No and learn to stop being a people-pleaser.

Finding the right words to say No without feeling like a total jerk or the laziest person ever is not an easy task to accomplish for people-pleasers.

That’s why I’m debunking the typical stories you tell yourself around this two-letter word and giving you some easy ways to start politely declining all the things you don’t want to do. Now’s the chance to learn how to embrace your No and choose your Yes, because mama, you don’t have the time or energy to do it all!

Why saying No is so important

I once heard a fabulous quote in a random book, “Yes is the destination, No is how you get there,” and this idea has been with me ever since. When we empower ourselves enough to say No to the things – social commitments, relationships, various requests, and favors – that aren’t assisting us in getting to our destination (like, happiness or fulfillment), we’re slowing ourselves down.

We get stuck spinning our wheels in mud we shouldn’t have gotten stuck in to begin with.

It’s important to give yourself a fighting chance at creating the life you desire, and trust me when I say, being a constant Yes-person is not going to get you there any faster. Sure, you may arrive to your destination eventually, but the resentment you’ll have to unpack is going to be a lot heavier than if you were just upfront and honest about saying No in the first place. That’s because saying No takes honest communication, and this little thing called acknowledging how you’re feeling.

Repeat after me: it’s okay for me to assert myself and say No like I truly mean it.

Reasons why you’re not saying No

If you’re a recovering people-pleaser, like yours truly, comment at the bottom of this post and tell me which of the below unhealthy people-pleasing behaviors applies to you.

Can I get real with you for a second? If you’re reading this, you’re probably not a jerk. I don’t think jerks have enough self-awareness to seek out a blog focused on self-development (but that’s just my opinion). Crass? Sure. Honest? Always.

I challenge you to think about a time someone that’s always been kind to you has told you No. Maybe this person couldn’t help you out on a project, go to lunch together, or help you color-code your book collection. How did it make you feel? Chances are, you didn’t say to yourself, “Wow! Jane is such a jerk; how dare she have a life outside of helping me?”

Now, what makes you think people are going to say that about you when you do muster up the courage to say No? Spoiler alert: they’re not going to.

And that’s another thing; it takes courage to say No. Most people will respect the crap out of you for sticking to your guns and choosing what’s best for you. Sure, there are some instances where saying Yes and pitching in is unavoidable, but let’s save your effort for things you genuinely care about, shall we?

Ohhh, this is a good one.

Let me ask you a question. When’s the last time you took a day to yourself? Or maybe even a few hours? Seriously. Think long and hard.

You’re not lazy. You’re probably the opposite of lazy. Your mind is just telling you that you have to do all the things and be all the things to be labeled as successful or happy or wealthy or fulfilled or whatever story you’re telling yourself. I promise you; you don’t.

Girl, give yourself a break, and please, for the love of everything, actually do something you enjoy on said break. Don’t force yourself into another spin class that you dread and call it self-care. You are more than worthy of taking action on things that fill you up, even if it is occasionally watching Netflix until it asks if you’re still watching. You have a choice, choose to take care of yourself.

Taking a break every once in a while does not make you lazy or anti-social. It makes you human, and probably more productive in the long run.

Should is seriously the most annoying word on the planet. Is there any positive or optimistic statement that contains the word Should? If you can think of one, seriously, comment below.

The next time you’re feeling guilty because you’re thinking of bailing on something you should be doing, I want you to take a brief pause and think about your situation. What’s the story you’re telling yourself on why you should be doing this said thing you’re contemplating? Is your story true? Like 100% accurate, and you know that shit is going to hit the fan if you don’t do it? No? Okay, maybe don’t do it.

And as far as the whole guilt thing goes, please do not feel guilty about taking care of yourself. You’re regularly taking care of others; wouldn’t it be nice to do the same for yourself every once in a while. Again, you’re worthy.

Eight easy ways to say No

Here are a few friendly and easy ways to say No like you mean it and not feel like you’re still stuck in any of the above situations. Keep these in your back pocket and reference them before you’re about to say Yes to something you don’t want to do.

See?! You can do it. And if anyone gets pissed at you for saying No, tell them Carley sent you. 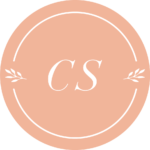